Cane Rosso is a Pizza Paradise at The Star in Frisco

Even for just two people, trying to decide where to grab a meal is often a tough call. And when you throw a few more friends into the mix, finding a spot that offers something everyone likes is nearly impossible.

But if there’s one food almost everyone likes, it’s pizza. Sure, some of us prefer the thin New York Style pie, where you can fold slices in half and scarf down on that bit of greasy goodness. Others think the deep-dish Chicago Style pizza, which requires a knife and fork to eat, is the only way to go.

Frisco has a lot of great spots to grab pizza of all styles, but the most buzzworthy of these establishments just might be Cane Rosso, which opened last fall at The Star in Frisco.

Most who have visited Cane Rosso, which specializes in Neapolitan style pizza from Italy, agree that their pies are among the best in the entire Dallas-Fort Worth Metroplex.

And my recent visit to the Dallas Cowboys-themed Frisco location of this burgeoning chain, which has been featured on The Food Network among others, was chock full of Cane Rosso’s unique brand of deliciousness.

Each time I’ve eaten at Cane Rosso, I’ve sat at the bar adjacent to the open kitchen. This allows you to meet and interact with their talented chefs, watch them make your pizza and then toss it into the neighboring oven before it arrives piping hot and ready to eat.

On my previous two visits, I had passed on appetizers. However, this time I opted for the Jimmy Johnson Dip as a prelude to my pizza. This appetizer features a mix of artichokes and spinach in dip form which is served on a piece of pizza dough.

The finished product resembles more of a flatbread than anything after a short stay inside the same oven in which Cane Rosso cooks its amazing pizzas.

My waiter recommended I add the bacon marmalade to the appetizer for an extra jolt of flavor and after taking my first bite of the dip named for the legendary former Dallas Cowboys coach, it was clear just what a great recommendation that was.

The mix of artichokes, spinach, bacon marmalade, and cream which brought it all together, was a great blend of different flavors, all served on a terrific crust. This appetizer requires a knife and fork, but for several great reasons.

For one, it arrives piping hot and obviously too hot to touch. And, the crust is just tough enough that a knife and fork is needed to make diving into this appetizer easy. 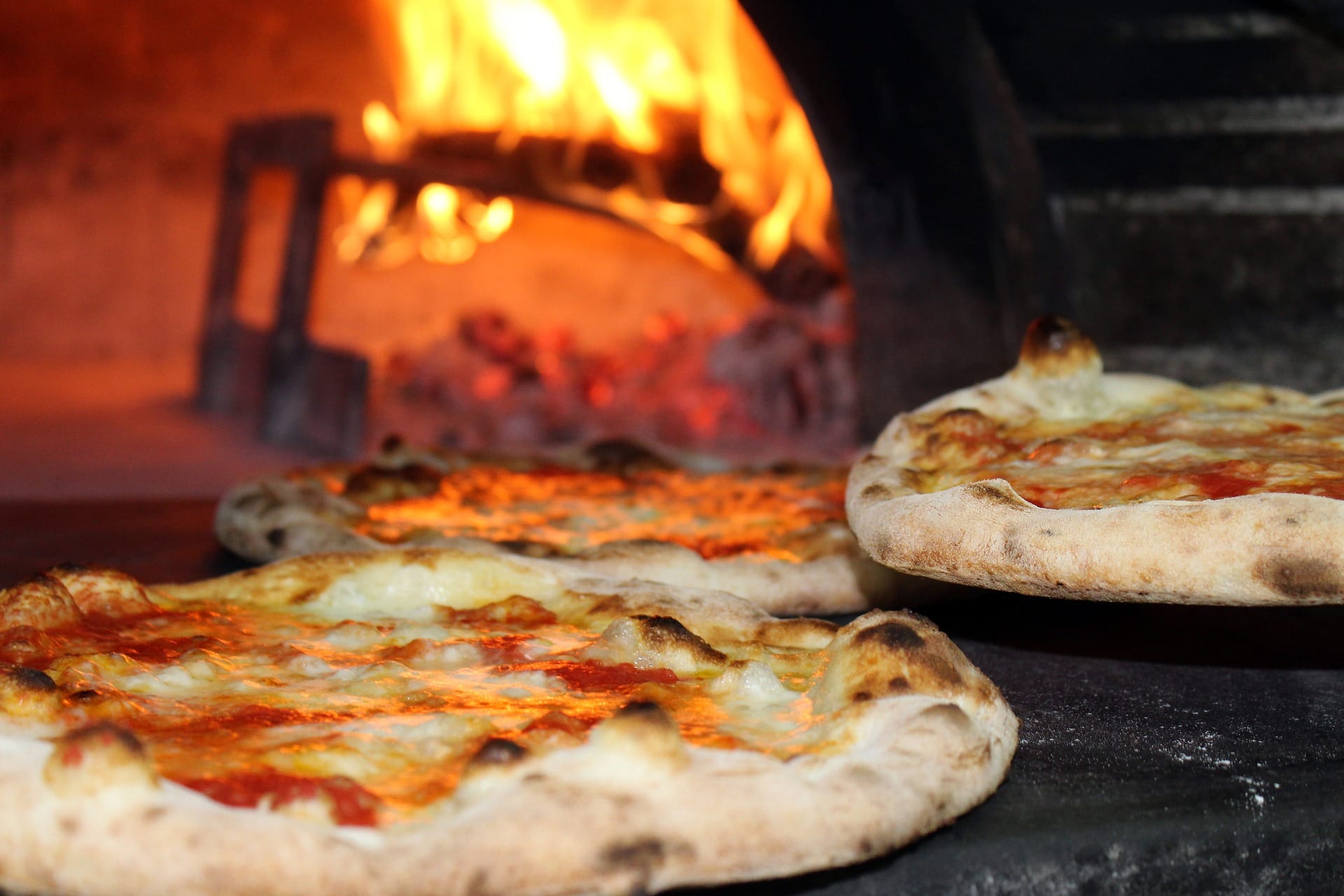 Since I’d already eaten most of the appetizer, I was getting full and only managed to get through about three slices of my pizza, which came piping hot from an oven shaped like what else but a football helmet?

That oven also happened to sport the Cowboys’ iconic Silver and Blue color scheme, another nice touch considering America’s Team is headquartered across the street.

The Jimmy Johnson Dip is one of two Cowboy-themed items on the menu at the Star. The other is The Star, which the menu calls a combination of a pizza and calzone featuring pepperoni, Heirloom tomatoes, mozzarella and arugula, a concoction shaped like a star.

Of course, there’s much more to their menu than what I sampled. Among their other appetizers are fried calamari and mozzarella, meatballs, brussels sprouts with pancetta and chicken wings.

Cane Rosso also offers salads and sandwiches with two of the more intriguing sandwich options being the meatball and their unique take on the iconic Cuban Sandwich.

Pasta is also on the board of fare here with such options as rigatoni with Bolognese sauce plus baked and meatball rigatoni. But the most interesting pasta option might be the meatball lasagna, which is only available on weekends.

And on the off chance you’re not completely stuffed after eating here, a concept which I can’t fathom after three visits, there are several options for dessert, including Italian donuts, a s’mores calzone and the classic Italian dessert tiramisu.

So, even on the rare night you’re not in the mood for pizza, Cane Rosso excels in offering something for every taste and mood like pasta, a sandwich or even a salad. And even if you don’t go the pizza route, which is nothing short of a near-cardinal sin in a place as great as this, you won’t be disappointed with whatever you order.

The Common Table Pours a Perfect Pint in Frisco