Remember how much fun it was to play sports as a kid? Then, we enjoyed the glory days of high school team sports. Naturally, few students go on to play sports at the collegiate level, so we did the next best thing and played intramural sports.

Then, onto adulthood, where we officially aged out of doing this thing that we love so much. Finding opportunities to connect and play sports as a grown-up becomes a challenge!

Sizable metropolitan cities typically have robust adult rec leagues, but that’s not always the case in the suburbs. Local sports-enthusiast Tyler Wallace noticed that in the Frisco and Little Elm area, there weren’t enough opportunities for men and women to play a variety of sports at the recreational level. He decided to change that.

Adults just wanna have fun, too.

Tyler has been involved in rec sports for about a decade, having first help run a league in Tulsa, OK. In 2018, he followed a career opportunity to Dallas, and fortunately for us, it was here that he decided to build his own brand.

Tyler started a local, adult rec sports league with the goal of making new friends and bringing people together to have fun. Symbolic of his move from Oklahoma to Texas, he named the new league Red River Social Sports. It was the lack of business travel in 2020 that inspired Tyler to start a local sports league. He wanted to create a way for people to be outside, moving, and active, but in a safe, social way.

We want to bring people together to have a good time and make new friends. Some of my closest and dearest friends were made on the kickball field,” says Wallace. 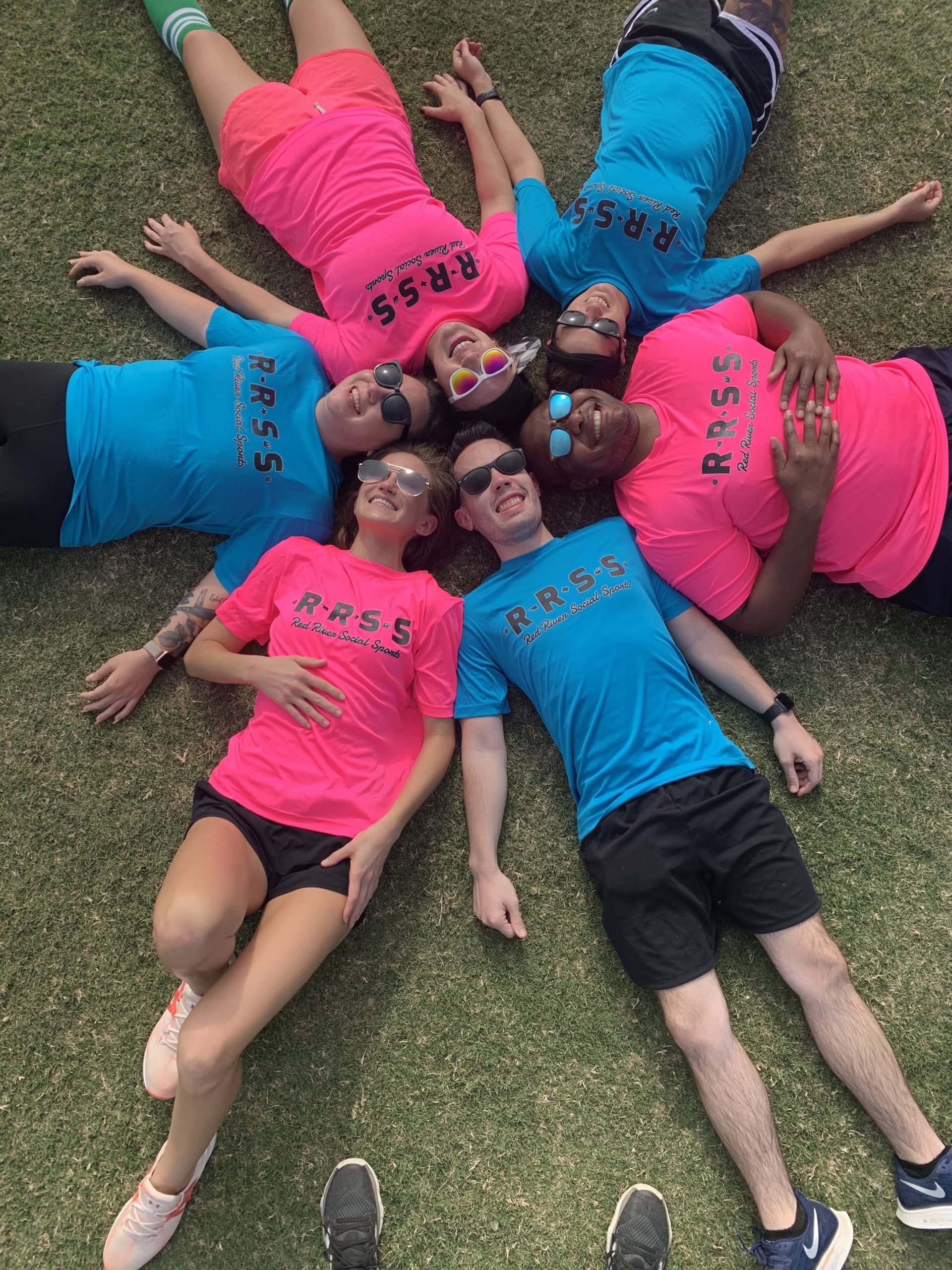 RRSS is touching local nonprofits, too. In the very short time since they opened in mid-2020, they’ve made donations to Lovepacs, a local nonprofit that provides meals to children outside of school hours. They’ve also hosted charity tournaments that allow people to gather and play sports while donating to a good cause. Wallace says they have plans to hold more charity tournaments throughout the year, including pet adoption events.

First responders get some sports love, too! There’s a first responders league that allows for larger team sizes with discounted prices, taking into consideration that first responders’ schedules are not always compatible with a weekly season schedule.

We appreciate what the first responders do and want to make sure they can get in on the fun as well,” says Wallace.

How to participate in Red River Social Sports:

Who: Adults 21 years old+, no sports experience is required!

What’s coming up: Up first for spring sports are co-ed kickball and co-ed sand volleyball, followed by soccer, flag football, and t-ball (yes, t-ball for adults!).

Come one, come all.

One of the unique things about Red River Social Sports is that it’s individual-friendly. For example, in the fall volleyball league, 12 of the 43 players came in on a team together. The rest were solo players who registered as individuals. They were placed on teams and now have a new set of teammates and friends! 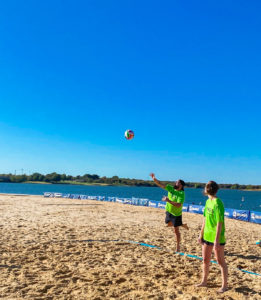 Teams are welcome, but so are free agents who simply want to play and meet people. Wallace says he’ll find a good fit for you!

You don’t have to be a rock star athlete to play in the RRSS leagues either. Anyone 21 years old or older can participate.

Keep up with league deadlines, special offers, events, and funny memes by following RRSS on Facebook and Instagram (@redriversocialsports).