Here’s What You Need to Know About KidZania USA

If you have kids from 4 to 14, I guarantee you will be in KidZania USA in Frisco before long. It opens on November 23, 2019 and you’ll want to be among the first to experience the latest cool thing at Stonebriar Centre.

We want you to be prepared with all of the info, so here’s the scoop: It‘s a city built for kids and run by kids where young minds can make big discoveries.

Children can learn how a city is run and experience a wide variety of professions, roles, and responsibilities. If they go often enough and fill up their KidZania Passport, they can even run for City Council to provide a kid-perspective to the KidZania Board of Directors.

When you see a firetruck roll by, kids sweeping floors, cleaning windows, and delivering parcels, just roll with it. When a police officer asks you a series of questions, just smile, nod, and play along. 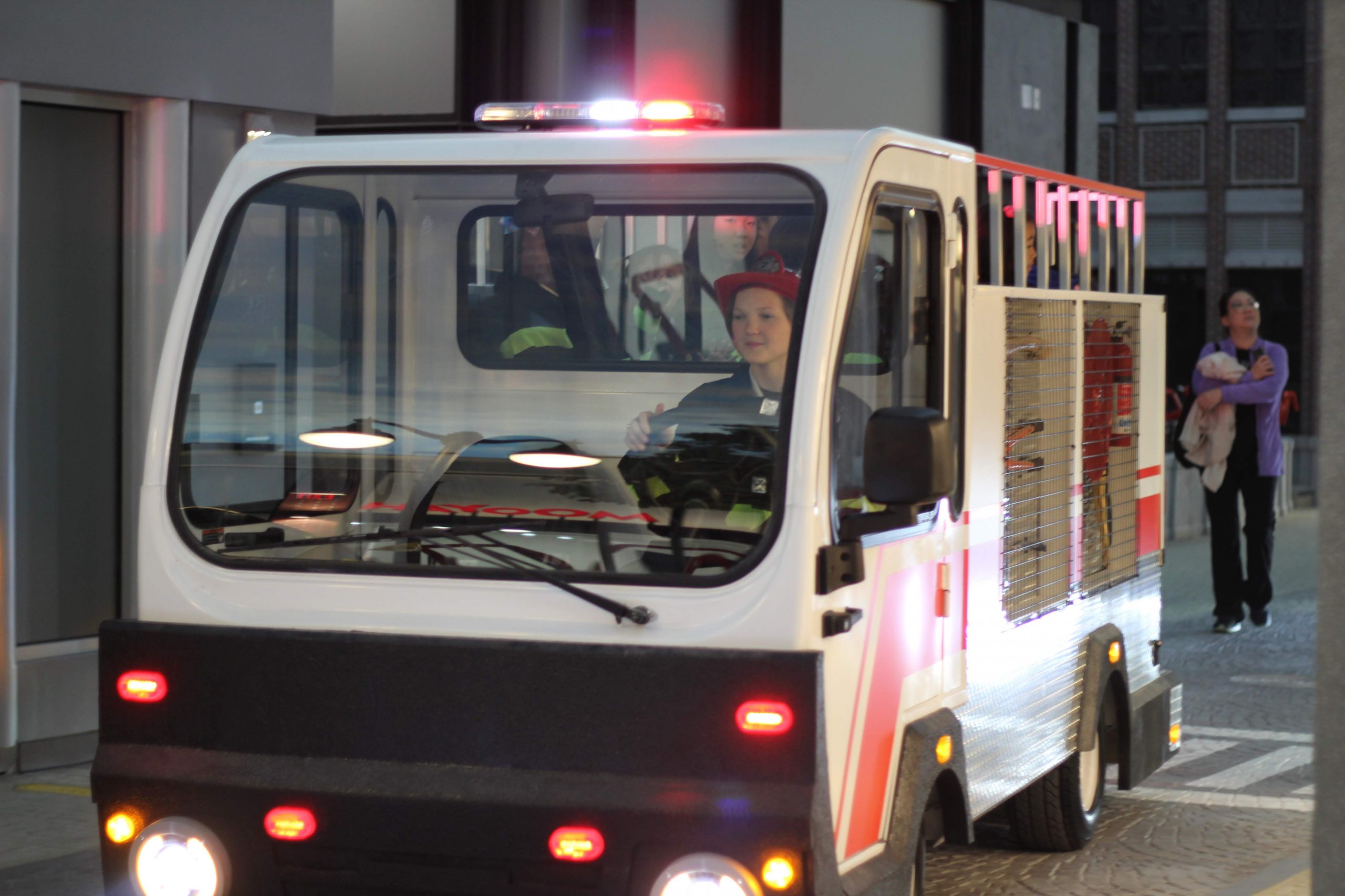 You’re in KidZania — where kids rule and you are a visitor to their limitless curiosity and imagination.

What I intended to be a quick one hour visit to preview KidZania, quickly turned into five hours that taught me a lot about my twin three-year-old daughters’ abilities – as well as my own ability to let go and let the fun happen.

I couldn’t get enough of watching my daughters learn. I was bombarded with questions about basic animation, graphic design, recycling, fashion, and mail service. They had opportunities to make messes, clean, and simply be a kid surrounded by other children of varying ages and abilities.

Every child feels at home in KidZania.

Here’s what you need to know to get a solid footing on your first visit. Trust me, it’s going to be incredible.

Make sure your phone is 100% charged.

When your kids walk in for the first time, you’ll hear the first of many oohs and ahhs. Get used to it and keep your camera out, because you’re going to want to capture every moment. Whether you have a toddler going grocery shopping in the toddler area, a crawler in the Early Stimulation Center, or a pre-teen climbing the wall of a building, you’re going to want to document every moment. (But if you forget to charge your phone and you have your cord, don’t fret – there are plugs everywhere.)

Do a lap and take it in.

When you get there, take a couple of laps to take it all in to get a basic idea of the format of the space. There are plenty of restrooms with multiple large stalls, refillable water bottle stations, and ample changing tables. There’s also plenty of seating both upstairs and down.

As you walk, you’ll also find that Frisco area companies have sponsored the KidZania businesses or stations – this is part of the KidZania revenue concept. Outside of each business is a screen that lets you know when the next program will start, what the kids will learn, how long the program will last, what age the business is appropriate for, and the role that the visitor and parent will play.

There are over 100 professions they can try out, but on average, 6-10 experiences per visit is typical depending on what they choose.

This will push you out of your parenting comfort zone.

More likely than not, your child will enter each business while you’re left standing outside on the “street” watching through the glass. At first, this will feel uncomfortable but you’ll get used to it. KidZania is not about you, the parent, it’s about children learning collaboratively with like-aged peers.

Parents are supposed to watch from outside the glass and this is solidly at the core of the KidZania concept. They want to encourage parents to relax outside the station or relax in the parent lounge upstairs.

KidZania has done their research and they know kids learn more when collaborating together on a team to solve problems. (Besides, the parent lounge on the 2nd floor has TV’s and WiFi.)

When you arrive at KidZania, you will find yourself at their Airport check-in area. You and your kids will each receive an RFID security bracelet with GPS tracking device. There’s also an extensive video monitoring system that you can peek in on at the entrance to KidZania.

As a vigilant mother, I can always use an extra set of eyes and knowing that my girls weren’t going to escape gave me peace of mind.

Speaking of being watched, KidZania is going to offer to take photos of your kids throughout the space. You can stop by the photo booth at the end, where they’ll use a facial recognition system to share all of the photos that were taken of your child at the stations. The photos are available to purchase.

You’re going to want to carry a wallet or coin purse.

When the kids check in and get their wristband, they’ll get $50 in Kidzos money. While they have lockers to store your things, you’re going to need a place to put their cash and debit card, trust me. As the kids go from business to business, they’ll earn more money that can later be used to purchase items in the Department Store.

They also have the option to deposit this money in the Bank to credit their Kidzos debit card. If your kids are anything like mine, who were making-it-rain, you’re going to need a place to put all of their earnings.

When your child’s brain gets a workout, they’ll get hungry.

Not only does KidZania have food, but your child will have the opportunity to make the pizza that they’re going to eat after learning about the history of pizza. Yes, it’s for an extra fee, but it’s worth it. They also plan to open a Mooyah and a taco shop where kids can both work and eat.

If the fire station line is short – get in line! 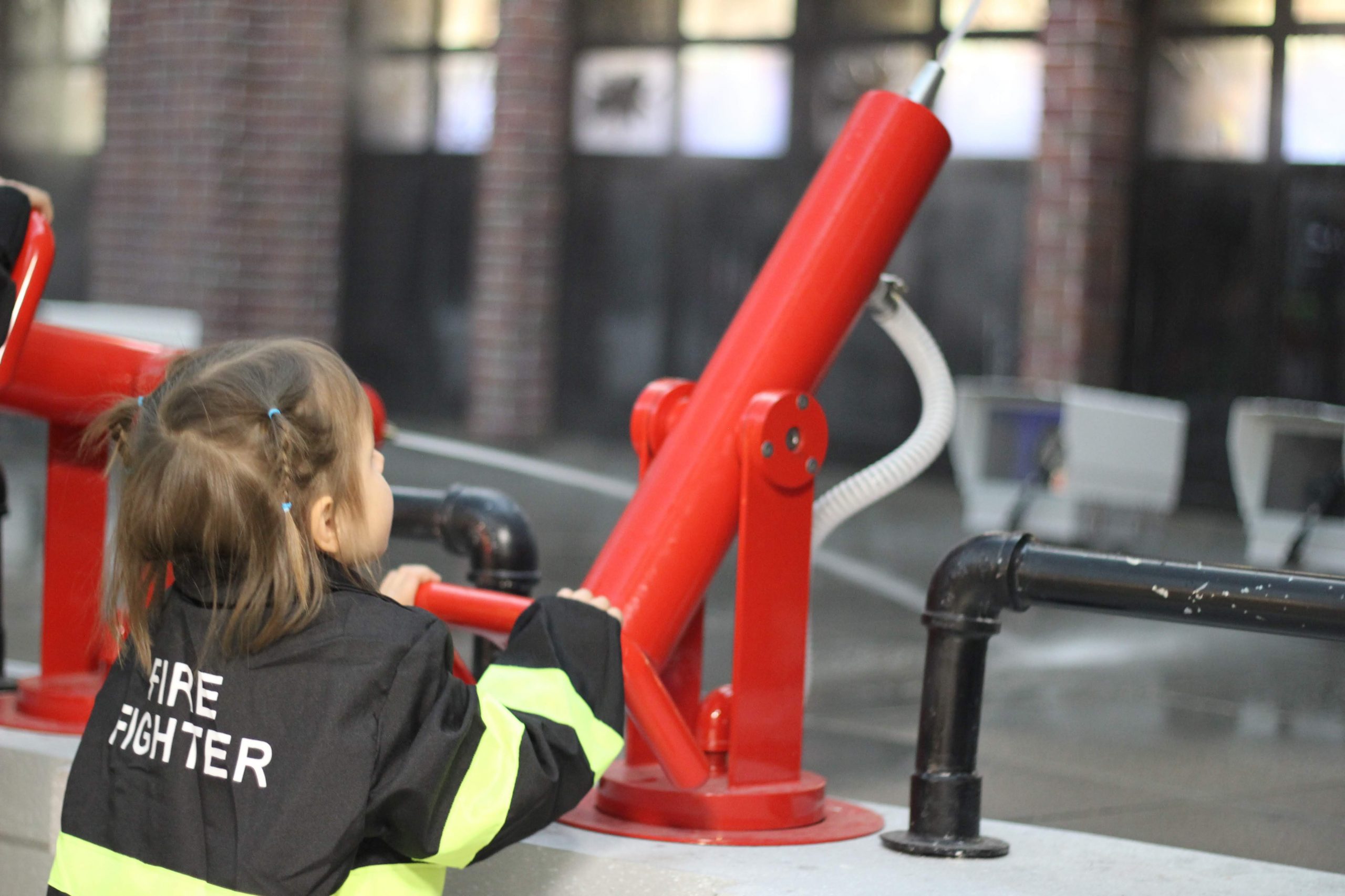 I was pleasantly surprised when I saw a KidZania employee signing to my daughters in American Sign Language. There are currently 11 employees who speak ASL and over 15 languages spoken. The employees have special needs training to adapt any station to the needs of each child. KidZania is focused on how they can make everything accessible while ensuring each child feels valued.

It’s a good idea to follow KidZania on social media.

Sure, KidZania USA‘s suggested age range is 4 to 14, but they have a lot planned for this new Stonebriar Centre location, so you’ll want to keep in touch on social media. Among the future happenings? Adults-only nights. While I don’t know exactly what this entails, I have a feeling it’s going to be worth our while!