Frisco Says… THIS is Who Will Win Best Picture

Raise your hand (or, simply keep on reading) if you’ve ever hosted an Oscar-watching party.

Yeah! If you raised your hand too, you’re my people. It’s that time of the year when we all get in touch with our inner movie critic and we endlessly debate which movie should have won Best Picture in 2006 instead of Crash (the correct answer: Brokeback Mountain).

Or, how come Brad Pitt doesn’t have an Oscar (correct answer: he does, just not for acting) or why don’t they just give the award for Best Editing to the shortest movie (I mean, I love Thelma Schoonmaker’s work as much as the next guy, but did she even do any editing on The Irishman?).

And so, just like last year, we thought we’d go around Frisco and ask some of our distinguished citizens what they thought of this year’s Best Picture nominees. Before we start, let’s remind ourselves of those nominees:

Here are the responses we received, in alphabetical order:

When I realized I was trying to see around doors and behind the characters on the screen I knew this film was like no other. 1917 transported me to the trenches of World War I and a bombed French town; I saw the waste of a retreating army and heard the song of a soldier preparing for battle.

The cinematography was one long “take” and I felt pulled into the story from the first shot.  Not since Saving Private Ryan has a movie impacted me as 1917 did. 1917 is an Oscar-worthy film and worth seeing on the big screen – and if you splurge for XD, you’ll thank me later.

Joker is, without a doubt, one of the best movies produced this year! Joaquin Phoenix’s acting here is outstanding, and I cannot think of any person who could have done it better after Heath Ledger. This movie pushes the limits on what you can do with a classic comic book character, and I loved it.

However, parents interested in this movie should know that Joker is a very dark film. The main character, Arthur Fleck, has a mental illness that was caused by all the trauma he experienced throughout his life. Arthur’s mind starts on a downward spiral, and he eventually becomes a sort of a psychopath. This movie is not for everyone, and some may end up seriously perturbed by it, but if you can push through all of that, you can watch the best movie of 2019.

I watched The Irishman over Christmas with my dad. The film is quite long, but if you’re looking to escape our modern world and immerse yourself in a classic mobster storyline, I recommend it. The ensemble cast is bar none, delivering scene after scene so smoothly that you’re instantly transported back in time. Unlike many films these days, The Irishman doesn’t rely on excessive special effects or computer animations to tell a good story.

Great acting takes center stage here and carries the film through all three hours and 30 minutes. Between its numerous scenes of criminal activity and ruthless killings, The Irishman somehow also conveys a powerful message of loyalty and family and reminds us that no matter how powerful anyone becomes, we’re all just humans in the end.

I was surprised by the darkness of Joker. Everything I believed I knew about the Joker character was completely changed by this movie. From the troubled childhood to the rare laughing tic, the troubled head of the Joker was eye-opening. And finally, to get a different perspective on how Batman came to be, threw me for a loop. Great movie if you’re open to a new understanding of the Joker and, to a lesser extent, Batman.

1917 was an amazing movie. The comparisons to Saving Private Ryan are evident, but not often have we seen such a realistic depiction of WW1. The scenes of trench and tunnel warfare were incredibly realistic and claustrophobic. Also, the fact that the entire film is shot as one long tracking shot gives the viewer a first-person feel, almost as if you’re on the mission with the main characters. I think 1917 is one of the best movies of 2019.

1917. My 13 yo son Noah is a huge WWII history buff. He’s read every book there is on the subject. So when this movie came out about WWI, he was instantly drawn to learning more about our nation’s history which is a huge win for me! Anything that helps me keep my boys off of video games and helps them be more informed and productive members of our democracy makes me a happy mama! So that’s the one that would have my vote.

My vote is for Ford v Ferrari. Awesome racing scenes! Warning… this movie might make you want to drive really fast! It will keep you on your toes. Matt Damon and Christian Bale are dynamite in this movie. Christian Bale continues to prove that he is one of the best actors of this era. Attention to detail of the mid-’60’s was fantastic. Interesting to learn the history behind these car makers as well. Highly recommend!

I really enjoyed 1917. It wasn’t a typical war film (the fancy critic says “film”, not “movie”). Seeing into the hopes, dreams and fears of the young soldiers during a snapshot in time really moved me. I’m typically a rom-com or funny “don’t make me think” film gal…but I’m pleasantly surprised at how I’m still thinking about 1917. Glad I didn’t wait for it to come out On Demand.

This year’s nominees for best picture are a particularly diverse group. The favorite to win is 1917 in which we follow two soldiers during World War 1 on their seeming suicide mission to stop an attack that will result in the death of thousands; brilliantly directed and its single-shot style; it is a shoo-in for cinematography. The other frontrunner is Quentin Tarantino’s Once Upon a Time in Hollywood which should garner Oscars for writing (Tarantino) and acting (Brad Pitt).

This film takes place in 1960s Hollywood as a journeyman actor and stuntman struggle to remain relevant. Hollywood loves movies about Hollywood which may give this a bump. The dark horse candidate is Parasite, the first South Korean film to be featured in this category. Brilliantly acted and directed, this film has already taken top honors at Cannes as well as the Screen Actors Guild Awards.

1917 for Best Picture for sure! The movie is based on two young soldiers’ death-defying mission to save others during World War I. The cinematography and acting are exceptional because of the single continuous shot throughout most of the movie, which draws you in as if you were there next to the two soldiers. I found this movie, based on true events, to be an incredibly suspenseful and thrilling drama with no break for my emotions.

From the trailer alone, my vote for Best Picture is 1917, but since I haven’t seen it, I’ll go with The Irishman. It’s definitely worth the hype, and definitely worth the 3 ½ hours of viewing time. De Niro, Pacino, and Pesci are everything you want them to be and more in their performances. And the cherry on top is that it’s on Netflix, so sit back in the comfort of your home, grab a whiskey and popcorn, and enjoy it from your favorite spot on the couch!

I’m going to start this movie review with a bit of a confession…I’m not a fan of Quentin Tarantino movies. I know that as a card-carrying member of generation X, this opinion is wildly unpopular among my peers, all of whom have certified his genius, but I could never get past the gratuitous violence and gore in many of his movies to appreciate the masterful dialogue.

My wife, on the other hand, loves everything that Tarantino touches, so I begrudgingly took her on a date night recently to see Once Upon a Time…In Hollywood. I am so happy that I did….

I thoroughly enjoyed the complex characters, the interweaving of cultural icons of the day (such as Brad Pitt’s character getting into a fistfight with Bruce Lee), and the dark humor scattered throughout the beautifully told story. I can now proudly count myself among those who truly appreciate Tarantino’s work.

Out of the nominated movies, I thoroughly enjoyed Once Upon A Time…In Hollywood. A bit less violent than Tarantino’s other films, this raw, period piece depicts a star-studded cast portraying actors in 1960s searching for work in Hollywood. If you’re a fan of a Quentin Tarantino directed film and an all-star cast, this movie won’t disappoint you.

I may be a little biased but as a Licensed Marriage and Family Therapist and an overall pro-healthy family advocate, I’m going to have to go with Marriage Story. I don’t want to spoil it for those who haven’t seen it, but it definitely highlights the major stresses and strains that families may face and it simultaneously depicts the beauties of marriage and family. Disclaimer: Have a few Kleenex with you before watching.

The Irishman – Pretty cool how they made these old geezers look young again, too bad the great George Burns isn’t still with us because a remake of ‘Just You and Me, Kid’ with Brooke Shields, George, and this technology would be better than The Irishman with less liberty taken re-writing fictional history.

And the Frisco Award for Best Picture goes to…

1917! The emotional World War I movie wins our survey convincingly, ahead of one of the two Netflix entries, The Irishman. What about you – what movie would you like to see win Best Picture this year? 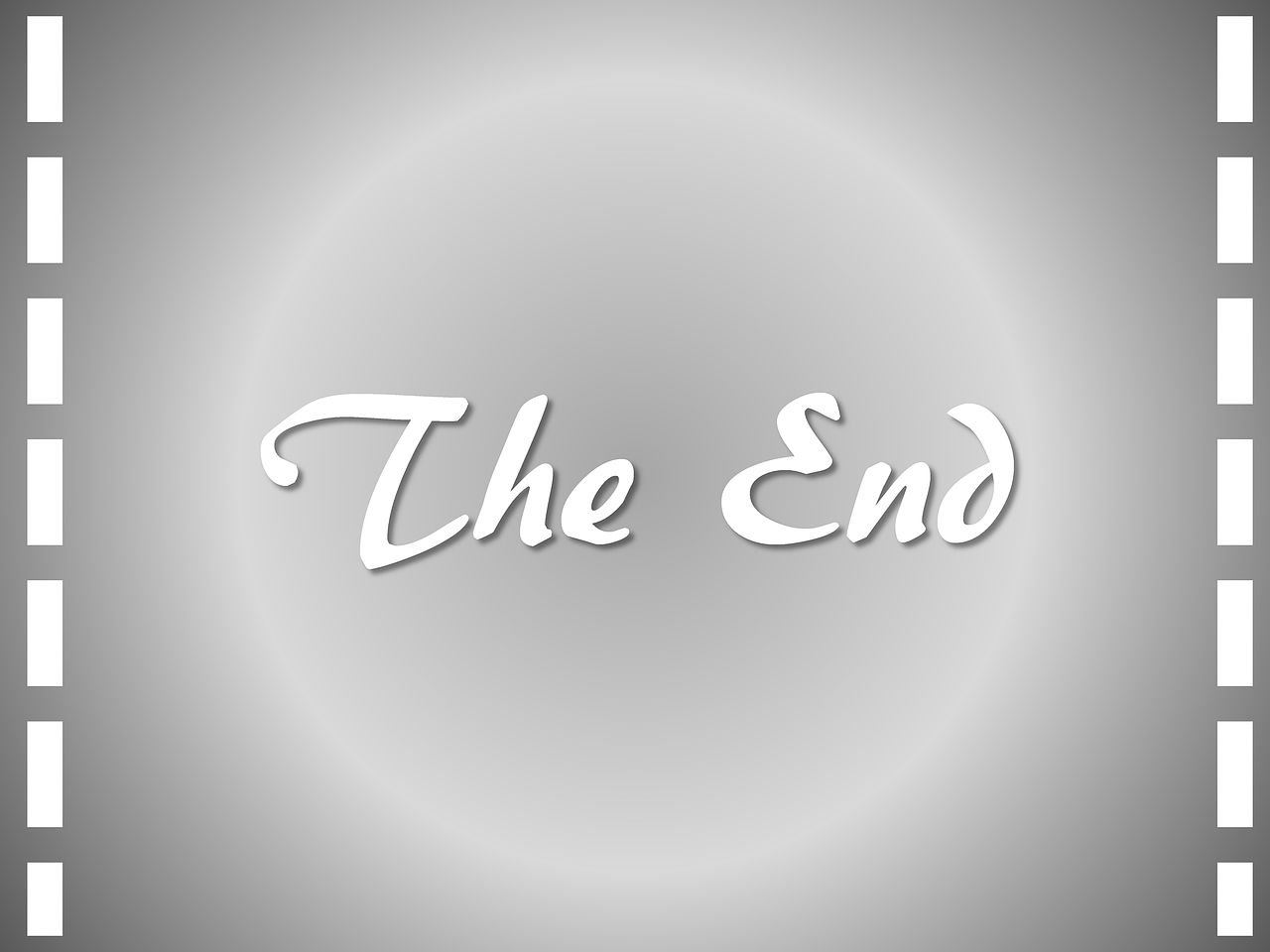