On Saturday April 1st, the Texas Tech football team will bring its high-powered “Air Raid” offense to The Star Ford Center for its 2017 Spring Game. The game, which will have a 3pm kickoff and will be televised on Fox Sports Southwest, will have $10 tickets and fans age 18 and under getting in free.

It’s great to be in Frisco and North Central Texas! We cannot spend enough time here,” Tech Director of Athletics Kirby Hocutt said during a Thursday afternoon press conference at The Star. “This is a home-away-from-home for Texas Tech University. We have so many students that are from the Metroplex, and so many alumni and donors. It’s just great to be here. We’re so fortunate to have the continued partnership that we share with the Dallas Cowboys, the best brand in the world when it comes to sports.” In their fourth season under former Red Raider standout quarterback, Kliff Kingsbury, Tech went 5-7 last fall, including a 3-6 record in Big 12 Conference play. The Red Raiders will be looking to replace record-setting quarterback Patrick Mahomes, who opted to skip his senior season and declare himself eligible for the 2017 NFL Draft.

Besides having the Spring Game in Frisco, Tech will also have two spring scrimmages in West Texas on March 25th in Midland, the Red Raiders’ fifth straight spring scrimmaging there, and their final one on April 8th in Lubbock. 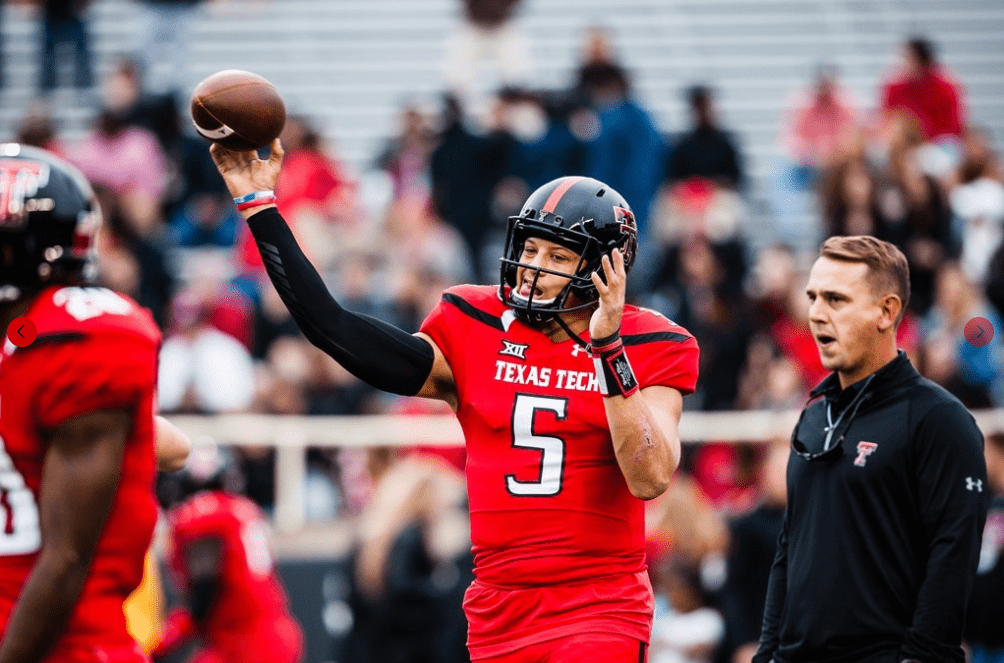 However, on the first day of April, Tech and its vaunted offense will visit The Star Ford Center in what promises to be a memorable afternoon for Red Raider backers from DFW.

I’m confident that the Red Raider Nation will turn out in full force, and we will fill the 12,000 seats that are available in the Ford Center. What a great opportunity from a recruiting standpoint to invite our recruits to come see The Star facility and to watch the Red Raider team practice,” Hocutt said.

Playing in the Metroplex is nothing new for Tech as the Red Raiders and Baylor have played a regular-season game at AT&T Stadium in Arlington each of the past eight seasons.

Lubbock is approximately a six-hour drive from the Metroplex, leading some to wonder why Tech would opt to hold their Spring Game here? Of course, there are other factors besides distance which came into play for why this game ended up at Ford Center.

This is such an important community for Texas Tech University. It’s our largest alumni base,” Hocutt said. “It’s such a focal point for us with student recruitment to Texas Tech University. It’s such a focal point for all of our coaches in all of our sports, especially Coach Kingsbury and our recruiting efforts from the Dallas-Fort Worth Metroplex.” And, it’s not just the Tech powers-that-be who are excited about this event along with the numerous Red Raider alumni in the Dallas-Fort Worth area… The Tech players, many of whom are fans of the Dallas Cowboys, are understandably also excited about having their spring game in Frisco.

When word got out over the last few days that this was a reality and this was going to happen, they’re so excited,” Hocutt said. “I was with them at their conditioning drill yesterday and a lot of the guys were asking ‘Is this really going to happen?’ They’re excited about it. What will make it even more special will be the turnout that they receive from our fan base. It’ll be a special afternoon for the football team.”