Off the Court with Texas Legends’ Keith Hornsby

It’s a milestone offseason for Texas Legends’ guard Keith Hornsby. In early June he married his new bride, Heidey, whom Keith met on the court at LSU, he a basketball player and she a Tiger Girl dancer. 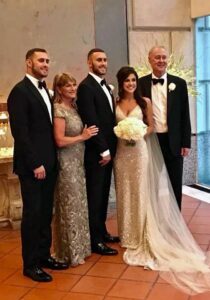 Pending drafted players who will be adding to the team later this summer, Hornsby might be the sole married player on the Legends roster this coming season. A few have come before him, such as Kyle Collinsworth and Andre Dawkins, but Keith doesn’t expect the nuptials to change anything among his teammates.

For Keith, this offseason was about preparing to walk down the aisle and getting ready for his third season with the Frisco-based G-League affiliate of the Dallas Mavericks.

It was evident at a young age that Hornsby has a gift as a basketball player. He played baseball until Middle School, but at age 8 it was clear he had a special talent, a natural feel for shooting and passion for basketball. Keith says,

I was young when I started playing year round basketball and established my niche and gave it most of my attention.”

Keith started his college journey at UNC Asheville, which is known for liberal arts. The communications studies major had interest in being an actor after high school. It was another natural talent of Keith’s, and in fact, if it wouldn’t have conflicted with basketball, he would have majored in drama. The resumes of Tom Hardy, Robert De Niro and Sean Bean are among the influences that drew Hornsby to studying the craft after high school.

As expected, basketball reigned supreme as Keith played two years at UNC Asheville before transferring to Louisiana State University as a Junior. In 2016, he went on to see preseason action with the Dallas Mavericks and was drafted by the Texas Legends that fall.

Runs in the Family

While Keith himself wasn’t a multi-sport teenager, his twin brother, Russell, was indeed. Russell played lacrosse and roller hockey and ran track and field. He had a successful collegiate run at the University of Oregon where he earned distinctions in the 800 Meters, 400 Meter dash, Distance Medley Relay and was a part of the Pac-12 Championship team in the 4×400 Relay during the 2014-15 season. 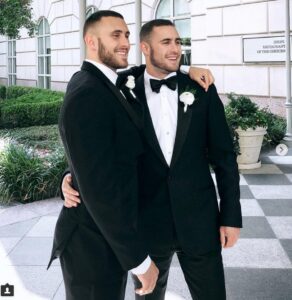 Twin brothers, skilled at very different sports and splitting the country as Division I collegiate athletes – it’s quite a family success story. It doesn’t start there, however. Back up to the twins as toddlers watching their father play on stage with the Grateful Dead.

Keith and Russell’s father, Bruce Hornsby is an accomplished pianist and musician, not to mention a Grammy Award Winner for Best New Artist. In addition to his solo work, his longtime band the Noisemakers is known for their combination of pop, jazz, bluegrass, modern classical and country. Hornsby’s top hits include “The Way It Is,” “The Valley Road” and “Walk in the Sun”.

Bruce Hornsby played more than 100 shows with the legendary band, The Grateful Dead, from 1990 to 1995. He also had the honor of inducting the band into the Rock and Roll Hall of Fame in 1994.

It’s clear being the son of Bruce Hornsby has given Keith a deep appreciation of music, especially his Dad’s. While you’ll most likely catch him listening to AC/DC, Metallica, Iron Maiden or Hip Hop, he enjoys his father’s musical catalog and respects the journey. Keith shared,

Some of my favorite songs are from my dad’s most recent work. I have a huge appreciation for my dads music and that he is so dedicated to improving his craft.

Not in Williamsburg Anymore

Growing up in a town like Williamsburg, VA, Keith notices the difference of living in a growing suburb like Frisco.

I love the spirit and the culture of Williamsburg, where everybody knows everybody.”

One noticeable difference for children growing in Frisco is the access to world-class facilities, like The Star. Frisco ISD students use the facility and its cutting-edge Baylor Scott and White Sports Performance Center at The Star. Hornsby says,

Any interests kids have, they have the best education and facilities here in Frisco. They won’t miss out on anything.

Keith and Heidi spend their time checking out and exploring the beautiful neighborhoods, homes, and architecture Frisco has to offer. They aren’t strangers to Legacy West and finding new bites and restaurants in Legacy Food Hall.

Giving Back Outside of the Game

The Texas Legends go above and beyond to be an impactful part of the community. One standout tradition is trips to Children’s hospitals. As part of the Texas Legends Care initiative, the players, staff and coaches stop by several times a year, invite the patients to Legends games, give out and sign jerseys. Hornsby recalls,

We try to brighten their day and let them know we care. Sometimes a little lobby basketball breaks out and it’s a blast. Another one of Keith’s most memorable activities with the Texas Legends is being involved in the Wipe Out Kids Cancer Night.  The Texas Legends and ZTE USA partner for this annual game that’s dedicated to raise awareness and funding for pediatric cancer research. The kids get to be a part of the team – they’re in the locker room pre-game hearing from Coach MacKinnon and in the huddle with the pros. Keith says,

It’s a once in a lifetime experience for the kids and their families. Getting to see their faces and be a part of the experience is truly amazing.

It’s safe to say that while the players make a huge impact on the kids during the hospital visits and the Wipe Out Kids Cancer Night, the kids and their families definitely leave a lasting impression on the players as well.

Keith’s story, with family fame and notable achievements, is surely unique. What’s equally impressive is his kindness and willingness to help in the community, to lean in, be involved and inspire children, and model a strong work ethic to continue to have success on the court as well.